6 of Wands
Planetary ruler Uranus
This snow white owl is perfectly camouflaged against the stark white winter landscape. This camouflage helps him/her to hunt nearly undetected by its prey. The owl has been a symbol of wisdom in some cultures while it has meant death in others.

In the Medicine cards by Jamie Sams and David Carson the owl's key word is deception. This is because if you have owl power you will NOT be deceived.

The owl is able to hear the nearly inaudible sounds of mice beneath the snow. The owl can see perfectly in darkness. To have the skills of an owl is to have great abilities to detect and capture that which we seek. In the MAAT Tarot this owl also represents a healthy immune system in the body it could also represent other systems that protect and detect trouble.

Traditionally this card represents victory in war. For MAAT it is a victory over dis-ease of all types. The waxing moon symbolizes the creative power of death(Taurus). When you receive this card it should let you know that due to close attention the healing of a situation is close at hand.

Taurus key phrase-
"I have"

Immortality and transformation of self is the main feature in all Taurus cards.


Other Taurus cards to think about... 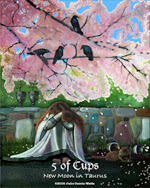 -5 of Cups-
new moon in Taurus (April 20-May20)
Death in the midst of life. We will never find happiness if we focus only on the negative. 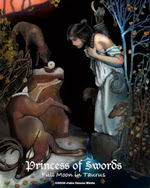 -Princess of Swords-
full moon in Taurus (Oct.23-Nov 21)
The Huntress. 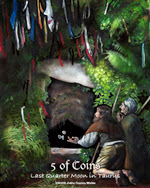 -5 of Coins-
last quarter moon in Taurus (July 23-Aug 22)
The suppression of death, healing from the holy springs, fresh food and warm sunshine. -Death-
Full moon cycle of Taurus
Death and immortality the rhythm of silence and sound. The time of the year when the the veil between the worlds is thin.

Other Capricorn cards to think about... 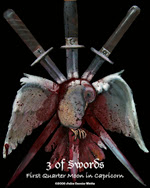 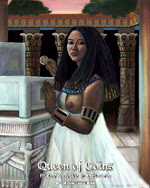 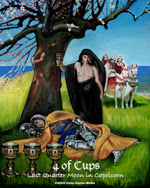 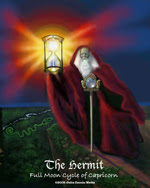 
Have a great week!
Julie
Posted by Julie Cuccia- Watts at 1:46 PM 1 comment:

MAAT Card of the Week

Planetary Ruler Saturn
The 8 of Wands represents messages of all types. The best way to let others know what is on our minds and our hearts is to communicate. Today this comes in many forms so pick your medium! The waning moon signals that communication will bring some kind of resolution to a situation which will open the way for a new beginning.

For deeper understanding of the Libra moon check out the meanings of the other Libra moon phase cards:
New-( Sept 21-Oct 22) 2 of Swords- the balance of live and death, traditionally a truce or stalemate

First Quarter- 9 of Coins-(June 21-July 22) The 3 fates/ Mother, Maid and Crone- The celebration of the turning of the wheel, the love between women, women working together on a cherished project.

Full - Princess of Cups-(March.21-April.22) The Bride. Virginal but committed she is on her way to unity with her hearts desire.

Justice- Full Moon Cycle of Libra-(March.21-April.22) Laws of all types, man-made as well as natural laws.
The greatest of all natural law is LOVE. This full moon cycle always contains the holidays of Easter and Passover. as well as Eostar (the Vernal Equinox). This is the month when the increasing light overtakes darkness.

Have a great week,
Julie
Posted by Julie Cuccia- Watts at 5:23 AM 2 comments:

Full moon in Cancer -The Queen of Wands

MAAT Card of the Week


The Queen of Wands

Planetary Ruler Saturn
The Queen of Wands represents the beginning of the sun's return, the return of hope and inspiration. The sun which had stopped death in the sky of disappeared completely for a number of days is visibly on the move again. It would appear as if a universe which had stopped spinning had begun to spin again.

The MAAT Tarot Queen of Wands is a spinner like the tradition of spinners that came before her she is a skilled visionary and artisan. She has a wealth of knowledge that will keep her family alive and well.

In the background of this card resting on her fireplace mantle is an image of the ancient bird goddess. The bird goddess stands with arms raised up in a gesture of prayer which also looks a lot like a posture of a spinning woman. The art of spinning and weaving, predated by felt making was key to the survival of humans.

This card of the week should remind us to begin slowly and take care of the details of life as the details of life make up the greater portions of life. The whole is only as great as the sum of its parts. Making sure all those little parts have integrity insures integrity in the greater project or goal. These are the slower days of January
when weather can force us indoors this is the perfect time to spin a yarn or two. There is no better time to focus on that long term project.

For deeper understanding of the Cancer moon check out the meanings of the other Cancer moon phase cards:
New-( June 21-July 22) 10 of Coins- Inheritance

First Quarter- 3 of Cups-(March 21-April 22) The 3 fates/ Mother, Maid and Crone- The celebration of the turning of the wheel, the love between women, women working together on a cherished project.

Last Quarter- 4 of Swords-(Sept.21-Oct.22) The Ice man. Knowledge discovered through forensic science, anthropology, and history. The connection of one generation to another. Learning from the past.

Have a great week,
Julie
Posted by Julie Cuccia- Watts at 6:04 AM 1 comment: